What is the difference between techno and house?

If you’re just getting started in the electronic music, or dance music scene it might be tricky to know the difference between techno and house. Both share similar BPM rates, a 4×4 beat pattern, and a relatively similar background. The existence of genres like tech house (or ‘techno house’ if you were to spell it in full) doesn’t make discerning the difference any easier either. Let’s start at what house music is, and move forward from there!

House music originated in Chicago as the successor of disco. People were bored of the genre and wanted a fresh sound that would shake up the music industry. In comes legendary house DJ and producer Frankie Knuckles. He has a residency at the Warehouse Club and wants to do something different. He starts to edit disco records to be more repetitive and percussive. People heard this and started asking for “Warehouse records”. This eventually abbreviated into house music. Other producers started working with this sound, even creating their own more funky, deep (like our very own Ian Storm!), or minimal variations.

House music is groovy, danceable 4×4 kick drum patterns are often complemented by keys, guitars, or some other melodic element. House music is an electronic genre with a soulful, groovy, and very human feel. House often makes use of samples aswel. House music often has a more chill, but danceable tempo. Usually at around 120-130 BPM. A typical house song would be this updated classic. Popular artists in this sound include WEISS, Prunk, Yousef, Low Steppa, and Mark Knight. A famous record label is this sound is Toolroom, and us of course 😉.

Techno music is a genre that originated in Detroit, influenced by the sound of electronic music group Kraftwerk. Pioneered by artists like Juan Atkins and Derrick May. Derreck is often quoted saying: “It was just classy and clean, and to us, it was beautiful, like outer space. Living around Detroit, there was so little beauty… everything is an ugly mess in Detroit, and so we were attracted to this music. It, like, ignited our imagination!”. Techno has subgenres ranging from melodic all the way to hard techno, bordering the Dutch sound of Gabber.

Experimental rigid industrial sounds are accompanied by a hard thumping 4×4 kick drum beat, and a tempo usually at around 130-150 BPM. Techno music does not have the same soulful feeling house music has because it is much more based in synthesizers. A good example of typical techno music is this song by Cirez D, Eric Prydz’s techno music alias. Popular artists in techno are Charlotte de Witte, Amelie Lens, Reinier Zonneveld and Adam Beyer. A famous record label in this sound is Drumcode.

Originated in the 90s in the UK by club nights such as The Drop run by Mr.C & Plink Plonk, Heart & Soul, and Wiggle run by Terry Francis and Nathan Coles, and partially also in Germany by pioneer Terry Lee Brown Jr, tech house music is a combination of the deep, soulful feel of house music, and the rigid beat and industrial synthesizers of techno music. The genre is still largely dominated by artists from the UK but artists from all over the world are joining in on the current tech house craze.

A typical tech house track is this track by UK tech house producer & DJ Dale Howard. A typical combination of synths and drums in this style together with a groove that is made for dancing. A famous label in this genre is Catch and Release. 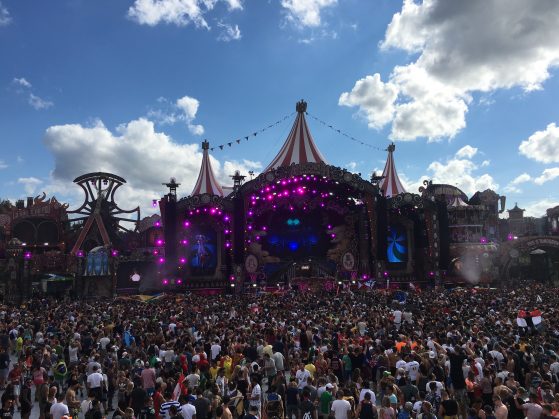 This is how to make house music

This is how to make house music So you want to get into music production, nice! But where do you

Biggest EDM festivals in the world

Biggest EDM festivals in the world There are a lot of electronic music festivals across the world. One even more